Johnathan had a tough start in life, coming from an area with a high level of deprivation and unemployment. According to Johnathan ‘I went to one of the worst performing schools in the country, which has since been shut down. It was perfectly normal for teachers to swear at you and call you names, and for other children to bully you.

‘Although I know now I had a number of extra additional needs – I am autistic and I have ADHD and dyslexia – this was never recognised in school and I didn’t receive any additional support. They used to send me home or remove me from the classroom for ‘cooling off periods’ and leave me sitting in a cold corridor on hard steps. I was told I was ‘badly behaved’ and wouldn’t amount to anything. I wasn’t allowed to take my GCSE’s as the teachers told me they didn’t think I was capable of sitting them’.

Johnathan left school at 15 without any qualifications or the skills to know where to find a job. He says, ‘I always wanted to be an actor, but I was too scared to put myself forward for anything. I was worried I wouldn’t be able to read a script or autocue. I would see friends running businesses and buying houses and none of that was accessible to me. My confidence was rock bottom and I didn’t think I was capable of anything’.

Johnathan married and now has five children – a number of his children suffer from autism and other learning difficulties. His eldest is quite severely autistic and Johnathan is worried he will never be able to live independently. Johnathan says, ‘It’s very hard to better your own situation whilst also trying to manage a family with multiple children with different additional needs. We don’t often get a lot of sleep! But my number one aim in life is to be able to support my wife and children. It isn’t about owning lots of things for me – it’s about doing the right things. To make sure that my kids have a better chance in life than I did’.

Johnathan has always put other people before himself and clearly enjoys helping others. However, in the past people have taken advantage of his good nature and generosity. This further destroyed his confidence.

The turning point for Johnathan was a conversation with his youngest child. He says, ‘We were sat down together and she said to me ‘Dad can you read me this book?’ I turned to my wife and I said ‘I can’t do this – it’s killing me, I can’t even sit here and read a book to my kids’. Johnathan spoke to the school that week and they told him about the Read Easy programme. ‘Straight away I said ‘I’m interested!’, he says.

Johnathan started the Read Easy programme last year when the country went into lockdown. He found it frustrating not being able to help his children with home-schooling. Now, a little more than a year later, he can read with his family, enjoy reading novels and has a new-found confidence in himself and in the future.

He says, ‘More than anything I want to know I have achieved something in life before my day comes and to show my kids that you can do anything if you put your mind to it. Even my mother has noticed the change in me. She was smiling at me when I was reading something to her and I knew she felt proud.

I want to become something, to make an impact and to do the right thing – and I want to encourage other people like me to come forward and seek help too. Most importantly, I want to see the smiles on my children’s faces when I read to them. It’s such a massive achievement for me and nothing makes me happier’.

"More than anything I want to know I have achieved something in life and to show my kids that you can do anything if you put your mind to it." 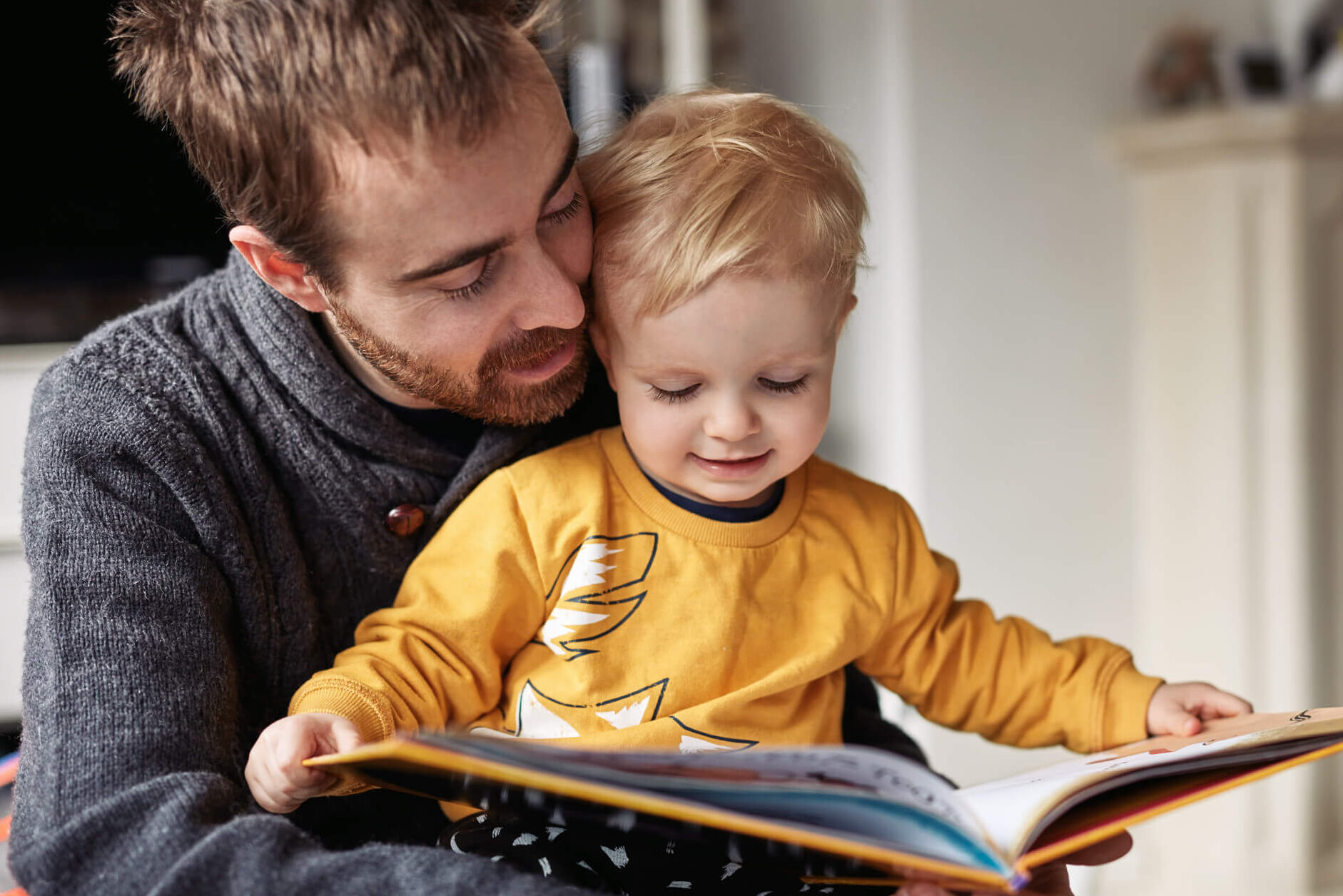 Jeff wanted to be able to read stories to his son.

Steve had a difficult time at school which prevented him from learning.

Jacky was sent to sit at the back of the class and didn’t receive any help with reading.