Linda* was brought up by her grandparents on a farm. They didn’t send her to primary school, so by the time she started secondary school aged 11, she was already behind her peers.

She was placed in what was called the ‘remedial class’, with a teacher who, she remembers, seemed to spend most of his time outside in the corridor. She left school aged 14, still not being able to read and write and later attempts at improving her literacy skills, including attending several classes, didn’t work.

Despite being knowledgeable and capable, life not being able to read or write was difficult, particularly as a single mum with young children. It took a kindly neighbour to finally teach Linda how to write a cheque, which enabled her to pay the bills. She loved the physical act of handwriting and, being very good at needlework, was naturally dextrous. In the evenings when her children were asleep, she would copy down stories in school exercise books to practise her handwriting, but unfortunately was never able to read the stories she had carefully written.

The years passed, and Linda became a successful sheep farmer. One day, her friend saw a poster advertising her local Read Easy group and suggested she contacted them, which she did. On being assessed it was found that she could read the words ‘milk’, ‘eggs’ and ‘pop’ which she recognised from shopping, but not a great deal more. But now, in her 60s, she has almost completed the final Turning Pages manual, and is able to read stories to her grandchildren. Her reading coach Diana is thrilled and says that watching the progress she has made has been amazing.

A few weeks ago whilst doing some sorting out, Linda came across the exercise books she had used to copy out her children’s stories, whilst teaching herself to write.  She took them to her next reading lesson and four decades on has finally read the stories she had written out all those years ago.

Linda says, “I didn’t think that I would ever be able to read a book, but when I heard about Read Easy I thought I would give it a go. I didn’t think it would be as amazing as it is. I can now have a go at reading the newspaper which I have never done before. I was also given my first book for Christmas, which I have now read three pages of. My confidence has grown thanks to an amazing and patient teacher. It’s really changed my life.”

*not her real name.

“I didn’t think that I would ever be able to read a book, but when I heard about Read Easy I thought I would give it a go. I didn’t think it would be as amazing as it is." 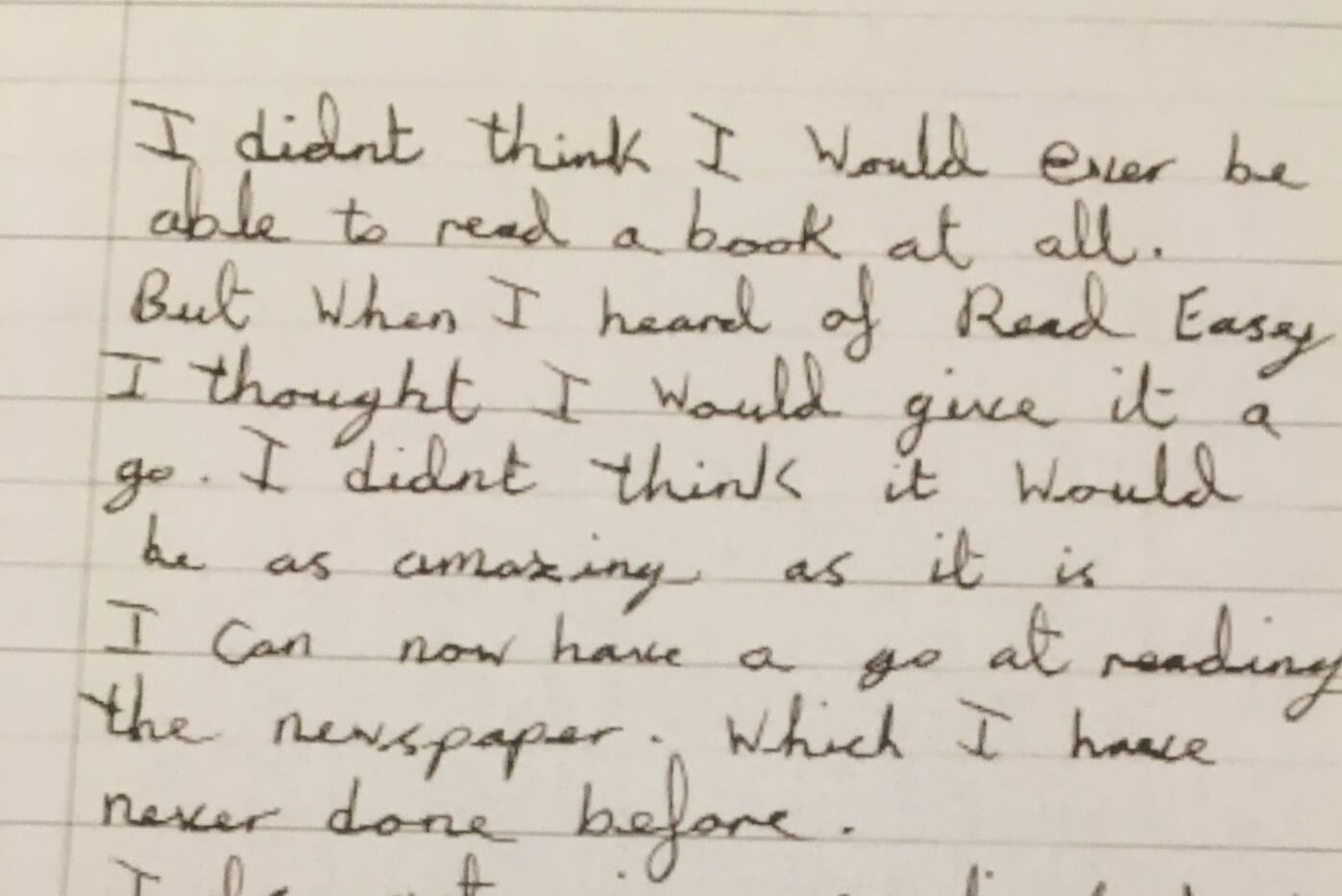